Monday 11 May 2015, the grand opening of Hilltop Roti, West Ealing – a restaurant with a humble concept – simple quality Caribbean food. This is not an opening to be overlooked – it is distinct since it is the Magnum Opus of the great Julian Ward and business partner Damian George.

Ward an accomplished Chef of 24 years, trained at the Savoy London. Ward has a resume to be revered, occupying senior positions and crafting his trade at renowned and historical eateries that include the JW Steakhouse (Grosvenor Hotel), W London Hotel (Leicester Square) and Time and Space (Royal Institution, London) – an illustrious career to say the least.

On receiving word that Ward had set up his own establishment, I felt compelled to pay him a visit. Hilltop Roti has a concept – to specialise in one of the most popular foods in the Caribbean particularly in Trinidad – Roti – a flour pancake or wrap, similar to, but lighter than a tortilla and cooked on a searing hot griddle. Hilltop Roti which has been 10 years in the making, of course has its own special recipe shaped by Ward himself, creating an even tastier and lighter product.

On arrival I was greeted by Ward, who plays and active part in the day to day running of Hilltop Roti. You would be forgiven for thinking it had been trading for several years. I was initially struck by the divine smells coming from the open kitchen and the sheer number of customers – the place was heaving. Customers were greeted by name, and the journey from placing of order to receipt played out with flawless precision, testament to Wards prestigious background. I spent several hours observing both Ward and his father Ellis prepping, serving, conversing and abiding by seemingly unspoken rules of engagement. They seemed to instinctively know where the other was about to go or what needed to be done next.

As if by magic I was presented with a Ward creation – a roti filled with curried potato, Callaloo, and lobster seasoned with coconut milk, ginger and thyme, otherwise known as the Lobster of Love! Silence ensued while I gave my full attention to the delights that had just been placed before me. It is a fact that words would fail in accurately conveying my delectable culinary experience. Like the wonders of the world it is simply something one has to experience for oneself in order to truly understand. For real!!! I was left speechless. To follow I sampled the coconut tart – jaw dropping – all washed down with a sparkling Sarsaparilla – a drink that features in most West Indians households. 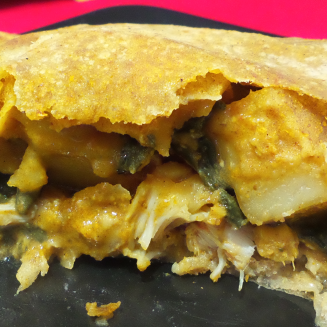 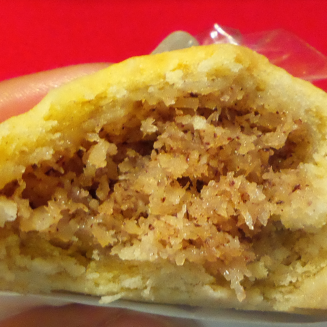 Fear not Lobster is not the only thing on the menu. Are you pescetarian, semi – vegetarian, ovo-lacto vegetarian, a bonafide carnivore or a dedicated herbivore? Well there is something for you, all wrapped up in a Ward ‘secret recipe’ Roti.

Hilltop Roti, is a restaurant dedicated to recreating the Caribbean restaurant. It is authentic, welcoming and highly professional. If you are yet to sample Roti make this your first experience, if you would like a taste of home be sure to put this on your list, want quality food fast, Hilltop is top of the list, if you just love food, make Hilltop your next stop. Be sure to visit and I guarantee you will NOT be disappointed

Find What You Are Looking for Here